By now most people know about Google Adwords, and to a lesser extent Yahoo’s own Contextual Ad service they purchased off Overture.

The problem at the moment is many niches are beginning to show major saturation in contextual advertising. While this is great for the online advertising economy in general, lack of competition is causing price hikes, pushing many of the smaller operators out of the game.

Quigo offers its advertisers the ability to choose which sites their ads are displayed on.

Not all websites are run equally and a top tier site with hundreds of thousands of visitors might be more appropriate than a small blog website depending on the product or service offered.

The key though is choice, which is very important when you want to fine tune your results even more than Google and Yahoo allow, particularly when dealing with gargantuan budgets from the big players.

“Because traditional networks are blind, I’ve always assumed that many of the places where your ads come up are on B- and C-level sites,” Mr. Klein said. “With Quigo, you know it’s on ESPN.com, not Joe Schmo’s sports blog. It’s a premium site, and you’re willing to spend more money.”

Some statistics are suggesting Quigo has 10% of the contextual advertising market already which is a sizable amount. Googles response is of course calm and collected, yet they show their true cards by announcing they will immediately begin work on offering similar features to Quigo.

One huge aspect of contextual advertising which isn’t as much of an issue in traditional media advertising is fraud. Due to the nature of Pay-Per-Click, there is always going to be a number of clicks that are accidental or unintentional, however with website operators standing to make a dime each time someone clicks an ad, there becomes a financial incentive to defraud the advertising networks.

The ability to pick and choose the websites your ads appear on may well allow you to prevent some of this fraud simply from opting out from dodgy looking websites or sites that are giving low RIO’s (return on investment).

Personally I feel Google has changed the world and done many great things on the web advertising front. But the games never over and Google has become complacent with their own profiteering. Competition is a great thing in the web space, and everybody loves the story of the new upstart underdog who revolutionizes the newest incarnation of sliced bread and becomes a house hold name. After all, that’s where Google came from, and it’s probably #1 on the list of Netizen Dreams. 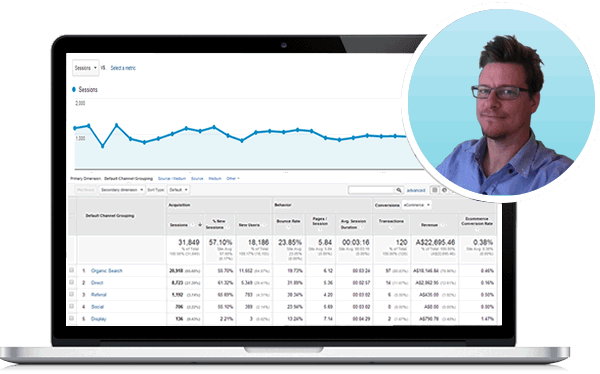